Lifeline of Ohio acknowledges your life has been forever changed and you are slowly adjusting to a world without your loved one. We recognize grief has no time limit and the healing process is different for everyone.

We will be with you on this journey moving forward while never forgetting your Hero of Donation. We will always honor and respect the gift they shared and have found that, over time, this heroic decision has been healing for families.

For more information and support, please contact Lifeline of Ohio’s Aftercare Coordinators at 1-800-525-5667 or by email at bereavementservices@lifelineofohio.org. Alex Frederick, LSW Alexandria “Alex” Frederick grew up in the beautiful Hocking Hills of Ohio, where she established a love for nature and The Ohio State Buckeyes at an early age. She graduated from the Franciscan University of Steubenville with a degree in Social Work and then went on to receive her social work licensure.

Alex has worked as a medical social worker for over 15 years and has a wide array of experience, including working as a case manager, investigator for the state and managing several large departments at a national human service organization.

After the loss of her sister in her twenties, as well as several other close personal losses, Alex learned firsthand how meaningful it is to have a comforting network surrounding you after the death of a loved one. These experiences led her to work with and support bereaved families in hospice for over five years. She has continued this important work for the past several years in her current role as an Aftercare
Coordinator at Lifeline of Ohio.

Alex’s connection to Lifeline of Ohio’s mission is also very personal, as her uncle was an organ donor when he died suddenly at a young age. Long ago, she made the decision to be registered as an organ, eye and tissue donor. That dedication to such an important cause has only grown during her time at Lifeline of Ohio, as she has witnessed the on-going and profound impact of donation.

Alex resides in Gahanna, Ohio. She enjoys traveling with friends, attending as many live sporting events as possible (she’s a huge fan of CBJ Hockey, The OSU Buckeyes and a good baseball game here and there). Her hobbies include hiking, kayaking, working on her new home, being creative and being the best aunt possible to her nieces and nephews. Stephanie Covitz, MAHL, BCC Stephanie Covitz was born and raised in the suburbs of Washington, D.C. and obtained her undergraduate degree in Psychology and Jewish Studies at Indiana University.

After college she received rabbinic ordination and a Master of Arts in Hebrew Letters from Hebrew Union College-Jewish Institute of Religion. She completed a year-long residency in chaplaincy at Cincinnati Children’s Hospital and achieved board certification in 2016.

Stephanie joined the team at Lifeline of Ohio in 2021 as an Aftercare Coordinator. She resides in Columbus with her husband and two children. In her free time, she enjoys playing with her kids, cross stitching and officiating the occasional wedding. Emily Jepsen Emily was born and raised in Youngstown, OH and obtained her undergraduate degree in Psychology at The University of Akron in 2020.

After college she began her career in grief services by working as a Bereavement Assistant at a hospice center just outside of Akron. Emily recently moved to Columbus and joined the team at Lifeline of Ohio in August of 2021 as the Family Aftercare Liaison. She finds her job to be very rewarding and she is honored to help people through some of their most difficult moments.

In her free time, she enjoys listening to music, reading books, hiking and being with her sister and her kitten.

Events to honor your loved ones

April is Donate Life Month, which is dedicated to encouraging Americans to register as organ, eye and tissue donors.
Read More
Dash for Donation Each summer, Lifeline of Ohio hosts the Dash for Donation 5K and Family Fun Walk.
Read More
Donor Family Reception Each year, Lifeline of Ohio invites donor families to a gathering where they can honor, remember and commemorate their loved ones who became heroes of donation.
Read More
Other Events Aftercare offers a variety of other events for donor families throughout the year.
Read More April is Donate Life Month, which is dedicated to encouraging Americans to register as organ, eye and tissue donors. At our Candlelight Ceremony, we take time to remember the heroes who selflessly donated and provide hope to those still waiting for a lifesaving gift. Information about the event will be emailed and posted on our social media. Each summer, Lifeline of Ohio hosts the Dash for Donation 5K and Family Fun Walk. This is the largest gathering of donor families, transplant recipients and supporters of organ, eye and tissue donation in Central Ohio. We invite you to participate as an individual or team to celebrate your Hero of Donation. The Donor Family Reception is held annually to honor our donors and their families. This event, typically held in the fall, is an opportunity for you to connect with us and other donor families who have shared the experience of losing someone they love. Invitations will be mailed for this event. 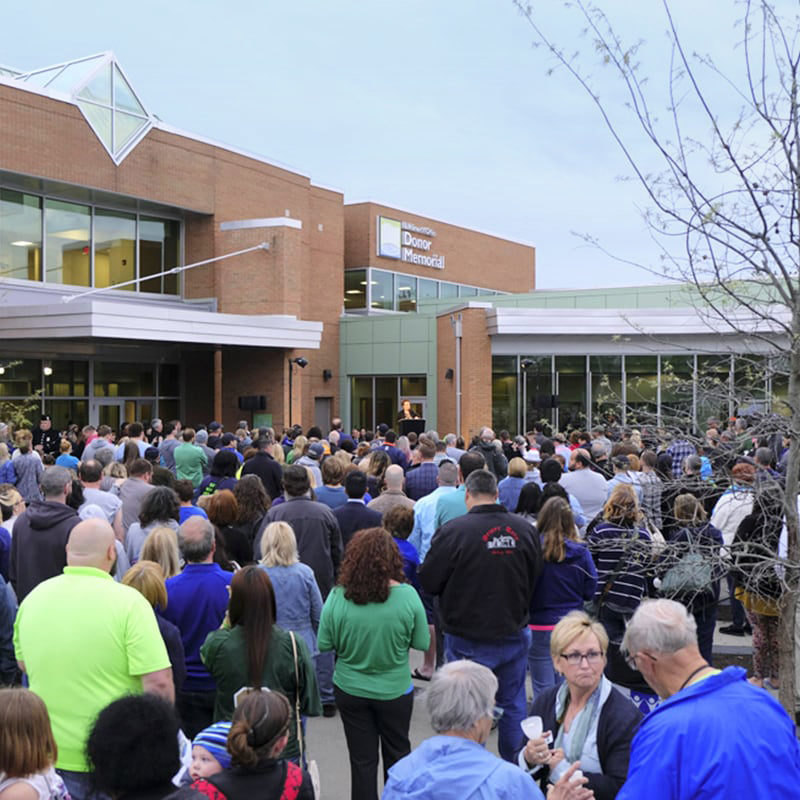 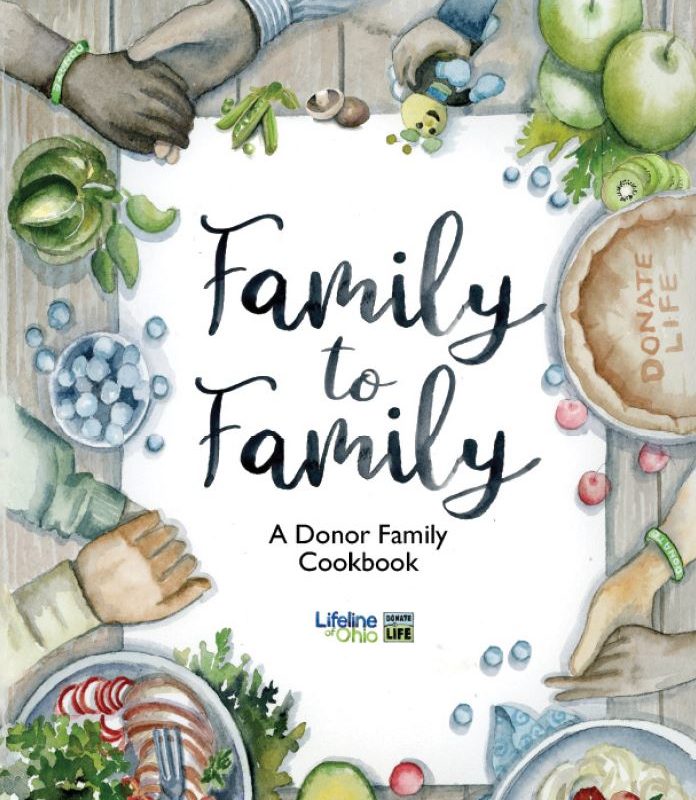 Lifeline of Ohio is dedicated to honoring the heroes of organ, eye and tissue donation through meaningful events, memorials and tributes. Our cookbook, Family to Family – A Donor Family Cookbook, is a way to connect donor families with one another and provide opportunities for them to continue their relationships with their loved ones.

We invite you to re-create recipes inspired by these heroes of donation and to share them on all of Lifeline of Ohio’s social media platforms.